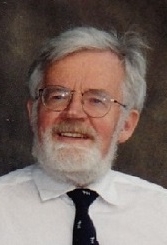 Jonathan Bennett, the preparer of these texts, was born in New Zealand in 1930, and educated there and at Oxford University. He holds the Litt. D. degree from the University of Cambridge.

Jonathan Bennett and his wife Gillian, wanting to be near their children and grandchildren, settled after retirement in 1997 on Bowen Island, British Columbia. Gillian died by her own hand in August 2014; there is an account of her reasons here. Jonathan continues, at a slower rate, preparing more of these early modern philosophy texts.